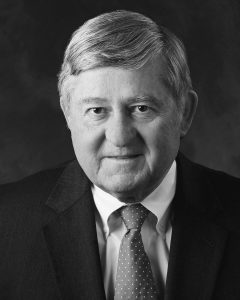 Ronald Owen served as Chief Executive Officer of Southeast Alabama Medical Center in Dothan for over 19 years. He also served as president of the Alabama College of Osteopathic Medicine, the academic division of the 420-bed regional medical center. During his two decades of leadership with SAMC, Mr. Owen’s vision led to the development of a family centered Women’s Center with the region’s only LDRP birthing suites.

Other significant programs include opening an advanced Surgery Tower and a Heart and Vascular Center. He has served as past chairman of the Alabama Hospital Association. Mr. Owen was a foundational leader in the establishment of Alabama’s College of Osteopathic Medicine, requiring years of planning and an initial investment of over $32 million. Alabama’s first doctors of Osteopathic Medicine graduated from the college in 2017.