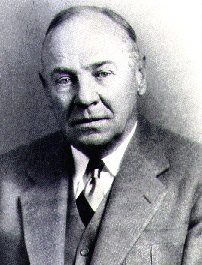 It is widely believed that only through Dr. Lloyd Noland’s leadership and expertise in preventive medicine were the steel industry and industrial base of Jefferson County able to survive the ravages of devastating communicable diseases, and in so doing were catapulted into a brilliantly successful era. In his early career, Dr. Noland served in Colon, Panama, under General George Crawford Gorgas as chief surgeon of the 600-bed hospital. In 1913, as a result of his outstanding record, Dr. Noland was asked by United States Steel Corporation to establish a much-needed healthcare program in Jefferson County, Alabama. His model healthcare system became known as the first major experiment in industrial medicine in the U.S., and the prototype for an early health maintenance organization.

Dr. Noland and colleagues were successful in bringing under control such diseases and illnesses as malaria, typhoid, smallpox, and dysentery rampant among Jefferson County iron and coal workers. Dr. Noland also pioneered the establishment of modern medical training programs for young residents, including a pioneer program in anesthesiology. A broad reaching foundation and a hospital honoring his name remain today as a legacy to his great accomplishments.