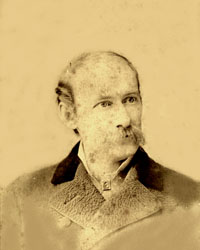 Born and educated in Marshall County, Alabama, Dr. Wyeth joined the Confederate Army at the age of 17 and later obtained a medical degree from the University of Louisville. He went to New York in search of additional training and earned a second medical degree. He remained on the staff of the Bellevue Medical College after graduation and later served at Mount Sinai Hospital; all the while planning a new level of medical education. After a tour of the great medical centers of Europe to observe their methods, he opened the New York Polyclinic Medical School and Hospital in 1881. The clinic was the first in America to provide systematic postgraduate instruction under specialists in a school connected with a general hospital. Dr. Wyeth served the institution for the remainder of his life, first as surgeon-in-chief, and later, as president.

Dr. John Allen Wyeth passed away in 1922. Dr. Wyeth was highly honored for his operating techniques, among them, his ligation of the external carotid artery and his bloodless amputations at the shoulder and hip joints. An outstanding writer, he published biographies, history, poetry, a textbook on surgery, and numerous medical essays.