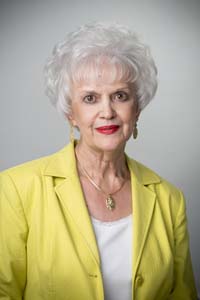 Anita Smith graduated from the University of Alabama in journalism in 1964 (named 1975 Distinguished Alumna) and for 20 years was medical reporter, then medical editor, for The Birmingham News. Then she developed a consulting company to further chronicle Alabama healthcare. In the 1970s, she travelled to England to report on British nationalized healthcare. Anita has written commissioned histories of Lloyd Noland Hospital, Carraway Methodist Medical Center, Village at Cook Springs, UAB School of Nursing, and Lakeshore Foundation, and currently is writing a UAB School of Optometry history and a UAB School of Nursing sequel. Her book on Governor Lurleen Wallace’s cancer struggle aided the creation of UAB’s Comprehensive Cancer Center. Anita received MASA’s DL Cannon Medical Writing Award and many other medical writing awards. U.S. Health, Education and Welfare Secretary Joseph Califano appointed her (1970s) to the advisory board of NIH’s National Institute of Neurological and Communicative Disorders and Stroke. In the 1980s, she consulted with NIH on public relations.

In the 1990s, NIH Director Bernadine Healy appointed her as one of 136 Americans to advise the NIH on long-range strategic planning. For 50+ years, Anita has documented Alabama’s healthcare history and championed health-related education. Through her understanding “of the human condition and the critical role that medical care and health services play in the lives of all Alabamians”, she has provided a translation of “the clinical and professional accomplishments of medicine, nursing, public health, and institutional healthcare to the people of Alabama.”