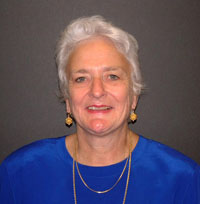 Dr. Suzanne Oparil, a native of Elmira, NY, is renowned for important research contributions to vascular biology and the mechanisms of vascular disease. She received the AB degree from Cornell University in Ithaca, NY and the MD degree from Columbia University College of Physicians and Surgeons in NYC. Her internal medicine residency was at Columbia Presbyterian Hospital in NYC followed by fellowship training at Massachusetts General Hospital in Boston. While in Boston she demonstrated the presence of angiotensin converting enzyme which had clinical implications. Her research has been supported continually by the National Institutes of Health since she came to UAB in 1977. Among her accomplishments have been explaining fundamental mechanisms behind sex steroid mediated vasoprotection and pathways by which estrogens protect against vascular disease. She identified endothelin-1 as a major mediator of pulmonary vasoconstriction in pulmonary hypertension.