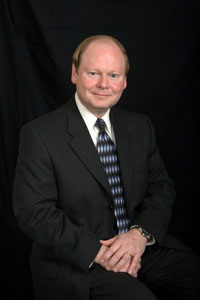 Dr. Steven Furr completed his undergraduate and medical degrees at the University of South Alabama. Following his Family Practice Residency at UAB Huntsville in 1984, Dr. Furr established his medical practice in Jackson, Alabama. Recognizing the health needs of a rural community and small town hospital, Dr Furr recruited four other family physicians to join him in creating the Family Medical Clinic. In addition to his busy practice, Dr. Furr has made time to serve on numerous hospital commitees and as President of Clarke County Medical Society. On the state level, Dr Furr, has served on the Board of Directors and as Chairman of the Board of the Alabama Academy of Family Physicians, the Alabama State Committee of Public Health, the Alabama State Board of Medical Examiners, the Alabama Medical Directors Association and most recently as President of the Medical Association of the State of Alabama.

Dr. Furr also holds faculty appointments at the University of South Alabama College of Medicine and Serves on the University of South Alabama Board of Trustees. Dr. Furr’s has received numerous awards including, Outstanding Teaching Resident, Outstanding Service Award and MASA’s Membership Outreach Award. Dr. Furr is also extremely active in his church and is regularly scheduled as a speaker throughout the UMC West Florida Conference.