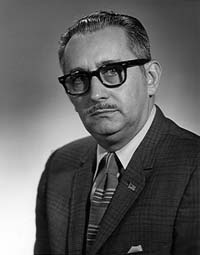 Dr. Martinez was one of the most admired, revered, and respected individuals in the history of Alabama dentistry. He taught his discipline, oral pathology, to an entire generation of dentists, imparting knowledge in a wonderfully interesting and thorough manner. Dr. Martinez was born in Havana, Cuba, and graduated from the Havana School of Dentistry in 1947, later becoming chairman of its Department of Oral Pathology. Committed to civil liberty and democracy, Dr. Martinez and his family escaped the oppressive Cuban government in 1961. Dr. Martinez subsequently received his DMD. and an MS degree in Oral Pathology from the University of Alabama School of Dentistry. As head of the school’s pathology program, he was selected by dental students as the best teacher in basic medical sciences.

Dr. Mario Martinez received many honors including the Patriot of the Year Award from Birmingham’s Committee of 100, and the Dentist-Citizen of the year from the Alabama Dental Association. He became a popular lecturer to many foreign universities and was awarded the School of Dentistry’s highest alumni award.