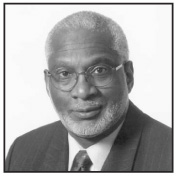 Dr. David Satcher’s life is filled with extraordinary accomplishments in the field of public health. In 1998, Dr. Satcher, an Alabama native, was sworn in as the sixteenth Surgeon General of the United States. He also served as Assistant Secretary of Health from 1998-2001, making him only the second person in history to have held both positions. From 1993 to 1998, Dr.Satcher served as Director of the Centers for Disease Control and Prevention. Before that he was president of Meharry Medical College.

As Surgeon General and Assistant Secretary of Health Dr. Satcher led the Department’s effort to eliminate racial and ethnic disparities in healthcare. A graduate of Morehouse College in Atlanta, Dr. Satcher received his M.D. and Ph.D. from Case Western Reserve University. He is the recipient of numerous distinguished honors including top awards from the National Medical Association and the American Medical Association. In 2000 he received the Jimmy and Rosalyn Carter Award for Humanitarian Contributions to the Health of Humankind.