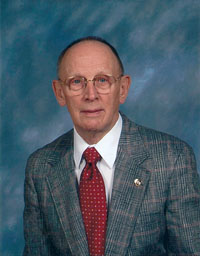 A native of Huntsville, Alabama, Dr. Carl Grote, Jr. received his medical degree from Vanderbilt University. He returned to his hometown in 1958 to establish his family medicine practice which he continued until retirement in 1999. Dr. Grote devoted himself to the betterment of healthcare at the local, state and national levels. In addition to his private practice and service at the Community Free Clinic, Dr. Grote served as Chairman of the Healthcare Authority, President of the Hospital Medical Staff, President of the Madison County Medical Society and as a member of the faculty of the School of Primary Care, University of Alabama School of Medicine.

At the state level Dr Grote served on the Board of Censors of the Medical Association, The Board of Medical Examiners, and the State Committee of Public Health. Dr. Grote served as the Alabama Delegate to the American Medical Association. He was honored with the Outstanding Physician Advocate Award at Huntsville Hospital and this award has since been named after him. Dr. Grote has served his community, state and nation with dedication and distinction.